Military life has some exceptional positives and fallout. Moms know perhaps better than anyone. Their children go to the military, find themselves involved in real conflict, and come back changed. Some are able to overcome these changes and transition into something greater than they were. Some struggle.

The key to overcoming is understanding what defeat really means. People look at it as total. It has a total “feel” to it. There is a finality in the term. But as it turns out, this only represents part of the reality. As demoralizing as defeat is, it offers opportunity for positive growth. But you’ve got to look at the “bigger picture”.

The “bigger picture” is one reason the military gives challenge coins to those in its ranks who themselves have overcome an obstacle, or performed in an outstanding manner. Challenge coins are also given when membership of a certain military echelon is attained, and can be used as a proof of that membership.

These coins are made with the highest quality, traditionally. Some of the finest challenge coins come from Embleholics, according to the site: “…our mission is to create the most amazing custom challenge coins available anywhere, and to do so at as affordable a price as possible. We simply do not offer low quality coins…”

When someone has a coin like this, it gives them the ability to remember the difficulties they went through to achieve that coin. From the very beginning, defeat was overcome. No one starts out with the ability to run miles on end with a pack of equipment on their back. It’s something that must be worked toward.

First one must run a mile, then two can be achieved, and three, and five, and ten. But that first run, nobody reaches twenty miles. They are defeated by their own body’s physical limitations, and must work to overcome that small defeat.

Eventually, a recruit becomes a soldier, perhaps an officer, and with time will achieve greater rank. It’s a staircase of overcome defeats. The key to victory is continuous determination, continuous will—falling down and getting right back up. Getting up is the victory.

In life, there are periods. There are stages. The child becomes a teen, the teen becomes a man, the man becomes the head of a household, and soon a prime component of his community. A stint in the military permanently upgrades a man in many ways, but it is still only a period in life.

The Seasons Of Life

Even a fifty-year career in the armed services may not be the extent of a person’s life. It is still an aspect of development, not a measure of the whole person. A challenge coin is in a way, obliquely, abstractly, a reminder of that. It represents the transition of a period. The overcoming of an obstacle. The turning of defeat into victory through persistence.

And that reminder is fundamentally necessary to your sons and daughters who have returned home from combat. All the preparation in the world cannot equip anyone for the reality. You can read about it, but knowing in your head and knowing in your heart just aren’t the same thing.

Many of America’s finest men and women come back scarred, and unable to overcome this transitionary period in their lives. While this period in life is defining, it isn’t ultimate. Overcoming this makes a person strong in ways that are practically impossible for civilians to achieve. But at the same time, not all our nation’s men and women have been able to do so.

Remind Them What They’ve Overcome

Your sons and daughters in the military, or transitioning from it, need your help. Yet you’re not going to be able to fix some of the difficulties they’ve been through like when they were little. The mind won’t allow it when a level of trauma has been experienced. As a mom, one of the best ways you can get around this difficulty is an oblique approach.

Remind them of the hardships they’ve overcome. Do things which cause them to consider that life is more than even a sustained set of circumstances, and people become multiple things as they develop. Give them hope, and show them how far they’ve already come. That helps demonstrate the bigger picture, and can help turn some of the harshest defeats of active duty into positive development.

Hellen McAdams is the chief strategist at Marketee.rs. She loves a good digital marketing strategy, and isn’t afraid to ask questions everyday to keep up with the industry’s trends. If you have any comments or questions, shoot her a question at @hellen_mcadams. 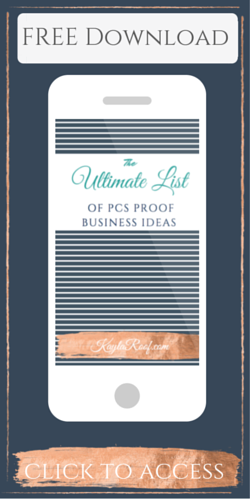